As we all known that Samsung and Apple are working on their 2016 Smartphone flagships. We are quite familiar with these two giants as from past few years it quite difficult to choose the best from them. It’s going to be again a battle of two giants here. Last year Apple & Samsung has launched their iPhone 6/6s and Galaxy S6/S6 Edge Smartphone’s. This year, Samsung has announced Galaxy S7 and S7 Edge flagships at recent event and both devices are going to be available by March 11. At the other hand iPhone 7 is still a mystery as Apple has not revealed anything about it. But Yes, we know that it’s going to be really impressive smartphone this year. From MWC we got to know that Apple is working on non-hackable and crackable iPhone’s while really much need step as number of security threats are increasing day by day.

The Galaxy S7 has arrived now, it has fast processor, better display and large battery life. Samsung has launched both Snapdragon 820 as well as Exynos 8890 models for it’s flagship. Pre-orders for S7 are open now and company is also offering Galaxy VR for free if you book it before March 10. In earlier this year Apple is rumoured to have OLED display as Samsung has opted for it’s flagship phone’s, iPhone 7 is also expected to have at least 3GB RAM and better processor this year. We will talk about on all these aspects here. So,  Let’s begin Apple iPhone 7 vs Galaxy S7 head to head comparison here. 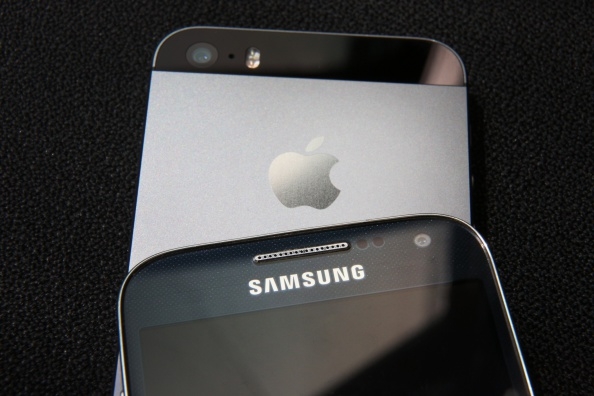 This year Samsung is going to have a 5.1 inch large SUPER AMOLED display with QHD resolution which his same as Galaxy S6 but this year company has made it’s more better with minor upgrades. The phone is perfectly designed with all-metal body. While at the other hand we are getting rumours that Apple will continue to follow its 4.7 & 5.5 inch IPS TFT display for iPhone 7. Apple is rumoured to have upgraded 3D touch and have fingerprint scanner while Samsung will have pressure sensitive 3D touch display as Apple.

In late 2015, we got rumours that Apple is moving to adopt OLED’s for mobile but it not happening for iPhone 7. You can see Apple with OLED by 2017 with their next generation Smartphone.

Performance is going to be quite tricky here as both these Smartphone are made to perform really well. Samsung Galaxy S7 series will have either snapdragon 820 or Exynos 8890 in-house processor with 4G RAM configuration. We have already seen Galaxy S7 benchmarks last year and its dam good. At the other hand there is no certain leak but Apple iPhone 7 will have A10 processor made by TMSC and will run with 3 or 4GB RAM configuration.

We knew that Apple is not a fond of just increasing numbers. They believe in bringing quality to their device by optimization. iPhone 7 is going to have a 16 MP primary camera with ISOCELL sensor and will have a 5MP front camera. Talking about Galaxy S7 camera, it’s going to have 12 MP f/1.7 26mm primary cameras  and a 5 MP front. It will be capable to shoot high quality images even in low lights.

Samsung Galaxy S7 is going to be available in 32GB and 64GB storage option with external micro SD card support up to 200 GB while iPhone 7 is expected to have 32 GB / 64 GB / 128 GB memory options. Apple iPhone 7 will run on OS 9 while Galaxy will have Android v6.0 this year.

Well, we all know that these are high end mobile device and generally they come with really good prices. The Samsung will be first to come this year and Apple will release iPhone 7 in the month of September. Galaxy S7 is going to cost you around $699 USD while an iPhone 7 price is rumoured to be around $799-899 USD. You can also check out complete price comparison table for iPhone 7 and Galaxy S7 below.

So, till now we have checked both devices over their display, camera, performance and price metrics. For now Galaxy S7 is the best smartphone as it has powerful processor, better camera, large batteries and microSD card which gives more powers in the hands of user. But still Apple iPhone 7 is not launched and can have something better. Apple is going to launch its flagship in September, so we still have 6 to 7 months to go. We will update you better details after the launch of S7 flagship.

You may also like to more news from us:

Share your thoughts about both these Smartphone by commenting below which one you will buy. And make sure to like and share on social media by clicking below social buttons.